Top 10 Styles Of Houses In Pennsylvania As you may already know, Pennsylvania is a state with a rich history and a diverse range of architectural styles. From grand Colonial mansions to charming Craftsman bungalows, Pennsylvania has it all.

As a buyer, seller, or homeowner, you need to have a good understanding of the different home styles that are available in your area. Not only can this help you make informed decisions when it comes to buying or selling a home, but it can also provide you with a greater appreciation for your own home’s unique character and history.

In this post, we’ll be exploring the top 10 styles of homes that you’ll find in Pennsylvania. As we go through each style, we’ll provide you with a brief overview of its characteristics and material composition and some examples of notable homes in the state.

So without further ado, let’s dive in and take a closer look at the different styles of houses in Pennsylvania.

Styles Of Houses In Pennsylvania

The state of Pennsylvania is home to a variety of house styles. From the rustic, charming style of barns and farmhouses to the modern elegance of high-rise apartments, there is a type of home for everyone in Pennsylvania. Whether you’re looking for a new place to live or just curious about the options available to you, this list is sure to be helpful.

One of the defining features of Cape Cod-style homes is their chimney, which is often located in the middle of the roof, though some are now attached to either end of the home. These homes are famous for lacking ornamentation and instead have a simple and practical design. A typical Cape Cod home will have a central door flanked by multi-paned windows on either side and two dormer windows facing the front on the upper floor.

Though Cape Cod homes had their heyday in the 1930s and 1940s in New England, they are still a popular choice for homeowners today. 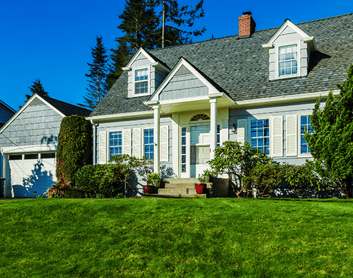 If you’re looking to buy a home in Pennsylvania, you may have noticed that the real estate market is currently quite hot, and one of the hottest home styles you’ll find in the state is the Colonial home.

In Colonial-style homes, the kitchen is usually a long, narrow room with a large hearth. The stove room and bedroom are often found opposite the kitchen, separated by an asymmetrical layout. This layout, known as the “continental plan,” is associated most with the German colonists who immigrated to Pennsylvania. 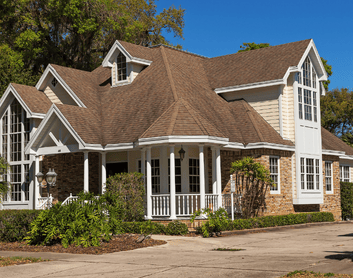 The Victorian style is another popular choice for homeowners in Pennsylvania. Victorian architecture dated from the 1860s to 1900 and was famous for its ornate and elaborate design.

One of the most distinctive features of Victorian-style houses is their steeply pitched roofs. This often features ornate gables and rooftop finials. These homes are typically two or three stories tall and are usually made of brick, although some may be colorfully painted. Victorian homes often have decorative octagonal or round turrets and towers that resemble gingerbread houses. 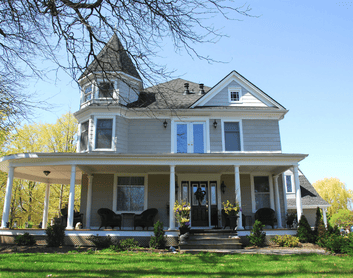 The contemporary style comes in at the fifth spot on our list of the top 10 houses in Pennsylvania. This broad term encompasses various architectural styles from the 20th and 21st centuries.

One of the defining features of contemporary-style homes is their use of harsh straight lines and rectangles, both vertical and horizontal. These homes are known for their lack of ornamentation, with a focus on practicality and functionality. Often, contemporary-style homes use bare minerals such as treated wood, bricks, stones, cement, and steel.

Because “contemporary” is such a broad term, you’ll find a wide range of styles that fall under this category. Some contemporary-style homes may be sleek and modern, while others may be more rustic and natural. No matter your style, you’ll find that contemporary homes offer a unique and stylish look that is sure to stand the test of time. 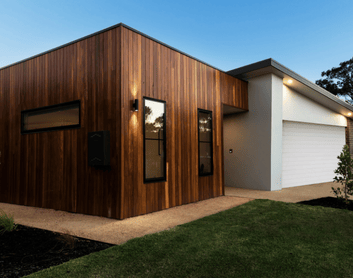 If you’re looking for a home with timeless appeal and enduring charm, consider buying a Georgian-style house in Pennsylvania. These two-story stone or brick buildings have symmetrical proportions and classical influences. They were popular in England during the 17th and 18th centuries.

Georgian-style homes can be found throughout the state of Pennsylvania, especially in rural areas and cities. They are typically characterized by their side-gabled roofs, symmetrical windows and doors on the front façade, and other features such as wood paneling and wooden floors.

The Georgian style was introduced to America through British architectural building manuals, called pattern books, that were widely available in Europe. 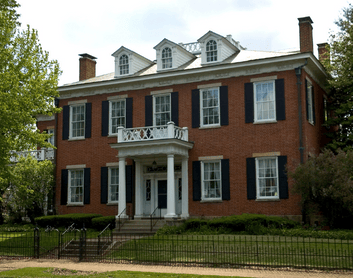 The Federal style of architecture was a popular choice in the colonies after the American Revolution. It remained dominant until about 1820 when it was replaced by the Greek Classical Revival style. One of the easiest ways to identify a Federal-style building is to look for an elliptical fanlight over the front door or Palladian windows. These design features are characteristic of the Federal style and can help you distinguish it from other styles, such as the Georgian.

In Pennsylvania, Federal-style houses are usually brick buildings that are two or three stories tall. These homes are known for their symmetry and balance, with a focus on classical motifs and fine craftsmanship.

If you’re considering buying a Federal-style home in Pennsylvania, be sure to appreciate the attention to detail and classical influence that went into these homes. 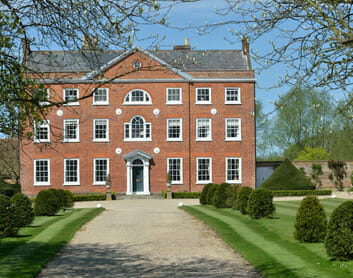 The Tudor style is a unique and picturesque architectural style known for its traditional and medieval English appearance. If you’re considering buying a Tudor-style home in Pennsylvania, there are a few key features to look out for.

One of the most distinctive features of Tudor-style homes is a steeply pitched roof, often adorned with a front-facing gable or multiple gables. A half-timbered wall surface gives the building a rustic and charming appearance. While not all Tudor homes have half-timbering, they all share similar massing and many have decorative details that reference medieval England.

This style originated in England’s Tudor era of the early 16th century and has since become a popular house style in Pennsylvania.

With their charming and traditional appearance, Tudor-style homes are sure to stand out in any neighborhood. The Tudor style is worth considering if you’re looking for a home with a bit of history and character. We’ve decided to go with the Spanish Colonial Revival style as our number eight choice on our list of the top 10 styles. This architectural style is inspired by the traditional Spanish themes seen in Spain’s early American colonial settlement. This style uses clay tile roofs, round arch openings, and carved wooden doors. Besides these traditional elements, the Spanish Colonial Revival style also incorporates ornate decorative features such as intricate carvings and colorful mosaics.

If you’re in the market for a new home in Pennsylvania, consider the Spanish Colonial Revival style. This unique and eye-catching architectural style can add character and charm to any home. 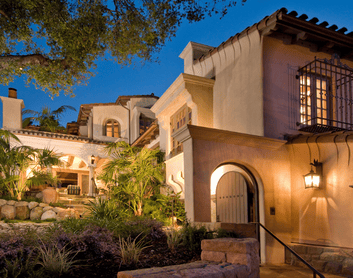 One style that you may be familiar with is the Prairie style. Developed by the legendary American architect Frank Lloyd Wright, this style is characterized by its low, horizontal lines and strong connection to the surrounding landscape. While pure examples of the Prairie style are rare in Pennsylvania, it is often represented in more functional forms, such as the “American Foursquare” or “American Basic”.

The foursquare house was widely used throughout the country in the early 20th century. Its distinctive square cube appearance and pyramid-shaped roof make it easy to spot a foursquare house. Other defining features include a front porch, a central front door, and symmetrical window placement. Some foursquare homes even have four dormer windows, one on each side of the roof. You can find these houses in both urban and rural settings, making them a versatile and popular choice for homeowners in Pennsylvania.

Our last spotlight focuses on Art Deco-style houses. From its sharp-edged looks to its stylized decorative details, Art Deco homes in Pennsylvania are sure to make a statement.

While the style originated in Paris in the 1920s, it came into its own in America during the 1930s and 1940s. During this time, it was used to express confidence and optimism as Americans entered a period of prosperity after enduring the Great Depression.

The Art Deco style can be characterized by its clean lines and geometric shapes. It’s also known for its use of bright colors and sleek materials like glass and metal—qualities that make it stand out from other styles of architecture. If you’re considering buying an Art Deco-style home in Pennsylvania, check out the Hamburg Armory in the Hamburg Borough. In conclusion, when choosing a home in Pennsylvania, it’s essential to consider your needs and preferences. With such diverse architectural styles, you’re sure to find a house that meets your needs and reflects your taste.

Whether you’re looking for a grand Colonial mansion or a charming Craftsman bungalow, Pennsylvania has something for everyone. Consider your budget, the size of your family, your desired location, and any special features or amenities you’re looking for in a home.

Take the time to explore the different house styles available in your area and consider the pros and cons of each. Don’t be afraid to ask for help from a real estate agent or other professionals if you need guidance. McClellands Contracting and Roofing LLC can help you inspect the roof and exterior of your potential home whenever you want. Just give us a call at (412) 353-5660.

Choosing the right home for your family can be a big decision. However, with careful consideration and a little bit of research, you’ll be able to find the perfect house in Pennsylvania.